The digestive system doesn’t always function like it should, which can leave you with some frustrating symptoms and health conditions to deal with. Among the most common digestive diseases is acid reflux, which can cause you to experience a burning pain around your chest when the acid reflux is triggered. Since this disease can affect anyone at anytime, it’s important that you know how to avoid it now and in the future.

What Is Acid Reflux?

Acid reflux is a very common disease in the digestive tract that occurs when bile or acid in your stomach causes irritation in the lining of the food pipe. While some individuals can suffer from chronic and severe cases of acid reflux, it’s a disease that can occasionally happen to anyone and is typically triggered by eating certain foods. The most common symptom associated with this disease is a burning feeling around the chest, which is also referred to as heartburn.

In the event that you experience acid reflux more than two times each week, you’re likely suffering from GERD, which is the chronic form of acid reflux. Some factors that make you more likely to suffer from acid reflux include:

How to Properly Prevent Acid Reflux From Occurring

The best way to prevent the occasional case of acid reflux is to eat the right diet and to make certain lifestyle changes. If you notice that you have a propensity of being affected by acid reflux, make sure that you stop smoking and that you lose any extra weight. To lessen the amount of pressure placed on your abdomen, it’s recommended that you wear looser clothing. Another great way to substantially reduce your risk of being affected by acid reflux is to eat smaller meals during the day. You also shouldn’t lie down for at least three hours after you’ve eaten. Some of the many foods that have been known to trigger cases of acid reflux include:

previousAvoiding Weight Gain if You Had Recent Weight Loss Surgery

nextWhat to Do About Acne Scars 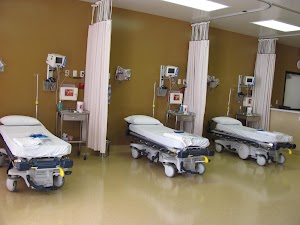